More intense, shorter, simpler. Putting the play back in sports. 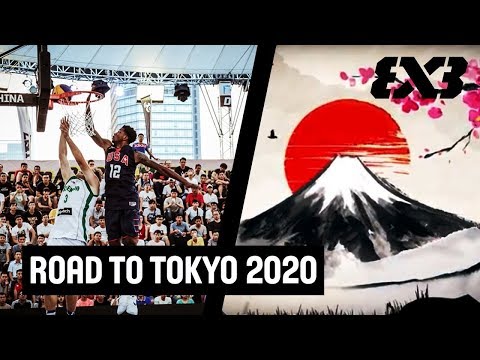 Sport is changing. It is becoming fragmented, in the best sense of the word; reinventing itself in force. At least in part.  If you wanted to draw a parallel with the world of motion pictures, sport is moving from being a feature film to becoming a series. Or a shift from classical music to more spontaneous, less academic, jam sessions. It’s up to you to choose your own format. The short, or the intense, is 5-a-side football, 3×3 basketball, padel or 4-a-side handball. This list is not exhaustive, of course. We could talk about Parkour, Tricking, or new forms of urban climbing, but the most significant thing is the transformation of traditional sports.

So, what’s going on? Well, it’s quite simple really. It all boils down to a straightforward definition of the game: “Physical or mental activity whose main purpose is the pleasure it provides.”

Sport is becoming simpler, formats are getting shorter, access is more instantaneous. The success of padel is, in part, due to this simplification of the game. Commitment is no longer an essential entry requirement: padel is played by 4 people, making it more convivial, and it’s on a smaller court.

If we’re talking about competition, the stakes are high when it comes to both broadcasting and development, let’s not be naïve about that. But these new versions become a way of undermining the practice of “totem” competitions, for the great masses, which carry all their media weight, but which don’t always have just a positive influence. Think of Roland-Garros for tennis. Whatever people say, the ultra-high level and the associated sacrifices aren’t everyone’s cup of tea. Let’s also remember quotes from André Agassi (“I hate tennis”) or Laure Manoudou (“I have never liked swimming”). What’s more, the French Tennis Federation ended up selling the rights to Roland Garros (in July 2019) but not as they had hoped. Lengthy playing times had been one of the sticking points.

As for basketball, 3×3 also comes close to the spirit of street-play: reduced space, shorter playing time, importance of movement, immediacy, maximum engagement. More of a sprint, the promoters would say. Parameters that are in tune with the times. In 3×3, there is only one hoop, and the game lasts ten minutes or 21 points. The NBA wave over the years has left its mark, the basketball federation is doing well, but the playground culture hasn’t been taken up as well as hoped. 3×3, which emulates street games, meets new expectations coming from the possibilities of digital technology. One hoop, six buddies, one smartphone. It’s all you need.

Matches are moving away from stadiums and closer to places where people live. Also coming together, are the practice, the ease, the return of “participants”, which everyone in the sports world claims to be, but always trying to set it in terms of a structure.

In a way, people are going back to their roots, back to the game. For the vast majority, it all began one day, in front of their homes. On their street, then in the schoolyard. It all starts with a game. With short formats, participants are also freeing themselves from the heavy academic nature that transforms the game into a sport by reducing it to ever more obligations. And reinvest in a sport that opens up to culture with links to music and art, at a time when major events only talk about results. Nike, Adidas, Under Armour have been grabbing at it for a long time.

Many sports are indebted to the street, but we tend to forget this. When Johan Cruyff favoured total football, and became a coach, he remembered his childhood and drew on it for inventiveness, speed and audacity. This is what we read in the excellent summer issue of So Footabout street football. This issue also features interviews with Neymar, Ronaldinho, Dybala, Corchia, Tevez and Ben Yedder who all explain how it was the street game, its constraints but also its specificities, that taught them everything.

So Foot also talks about the “pitch”. It shows the importance that street spots in France such as the Dalle des Bosquets in
the suburbs south of Paris, Le Play in Evreux, La Poste in Le Havre, Place des Flanades in Sarcelles, have uncompromisingly taken on the phenomenon of City Stadiums launched in the 1990s. The situation is obviously not limited to us here in France. So Foottakes a look at England, with the example of South London, and talks about the phenomenon of the Italian Oratoris as well. We also dive into the favelas.  The scenarios are all very similar in the end.

Another matching list could be made for basketball courts, though maybe not on the same scale. The neighbourhood court, not necessarily “regulated”, in fact, far from being so, is often the true centre of gravity of local sport. As an example, the Terrain Duperré in Paris.

In our modern society, time is a rare commodity. In cities, the same goes for available space. Grounds are not always accessible, available, or adapted to ever-evolving needs. The traditional rules and fixed formats never failed to pose problems to those who needed spontaneity, innovation and intensity above all and who had to tackle their “game” outside the official areas.

Sport is reinventing itself by taking inspiration from the street. This isn’t something new; the origins of five-a-side football go back to Uruguay in the 1930s, even if kids are rediscovering it in Europe (in the mid-2000s in France, much earlier in the UK) thanks to the increase in private sports centres. And 3×3 Basketball, driven by FIBA’s desire to innovate, will find its inspiration in the playgrounds and on the street.

The final word goes to Ada Colau, Mayor of Barcelona, who demanded that the “ball games forbidden” signs be removed from streets and squares, so that children would be free to play as they wanted. What is the use of a sport that is being watched if it is disconnected from the sport that is being played? We talked about the weight of those excluded (in our Analyse VISION) in urban sport. 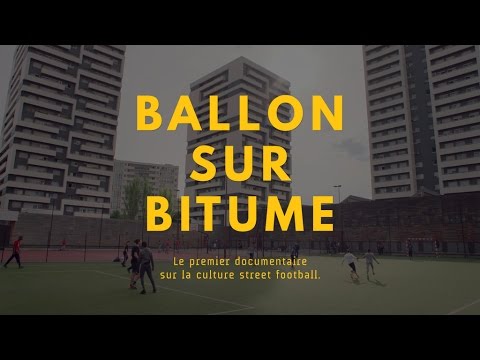